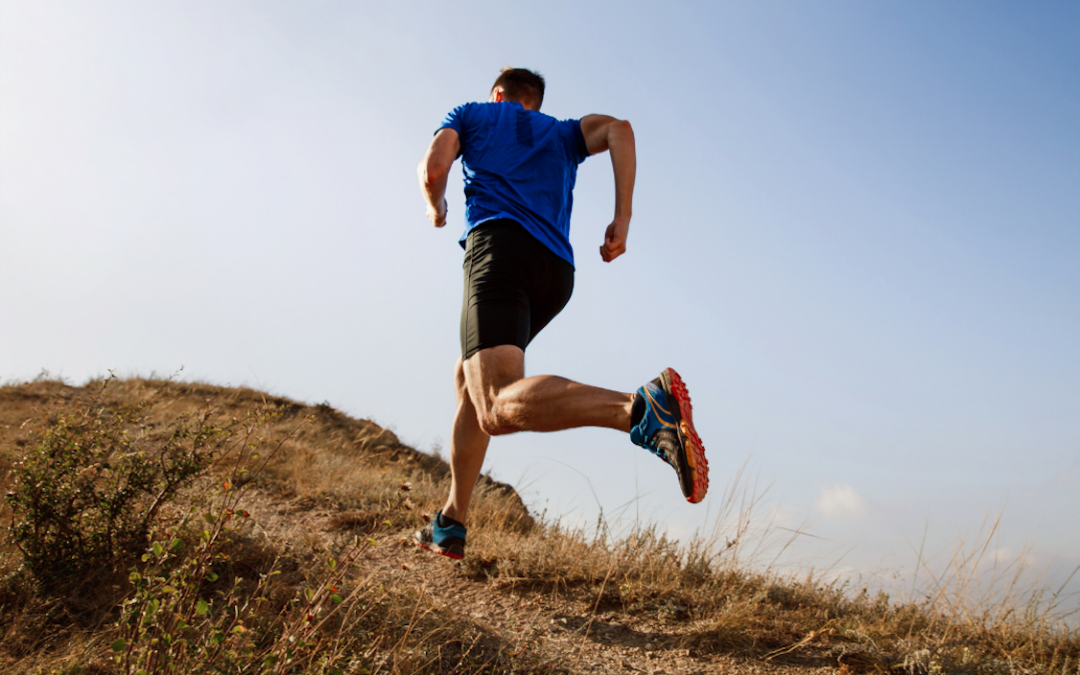 Elements of an Efficient Runner

Runners love to run! For some, running becomes a part of their identity. Whether someone is training for an elite-level event such as a marathon, or just enjoys running for the sake of it, many commonalities exist amongst all runners. Running can be categorized a functional form of locomotion within the developmental kinesiology realm. Practitioners can play an important role in keeping runners moving well. Let’s start with breathing and neurological control.

Efficiency in Breathing and Neurological Control

The ability to maintain breathing function while running is undoubtedly an important aspect worth exploration. Running primarily requires cellular respiration to produce energy within cells; many systems and physiological processes are involved to acquire oxygen and rid of carbon dioxide. There are  many subjective and objective forms that could be used to determine the efficiency of a runner. For our purposes here, “efficiency” will be evaluated through the lens of a manual therapist.

The interconnectedness of biopsychosocial factors are important considerations in every assessment. An important but often under-appreciated place to start assessment is with breathing; specifically, how efficiently the diaphragm can be used to assist in increasing intra-abdominal pressure (IAP) [1]. The role of IAP is to stabilize the spine, as the diaphragm, pelvic floor muscles, and abdominal wall muscles create a “pressurized canister” that help create stability in the low back [2].

To relate this concept when assessing a runner, if any of the above observations are seen during this assessment, it’s likely that this may be a factor contributing to a patient’s symptoms. Ultimately if the individual cannot create a fixed stable point, the result could be limited production of kinetic energy and poor displacement of that energy along a series of muscles, connective tissues, and joints resulting in decreased running efficiency and performance [4].

So far in review, the role of IAP is involved with a few very important functions; breathing and neurological control and establishing a stable fixed point with respect to running.

To re-establish a definition of what “stability” is:

Stability (or stiffness) of the spine is dependent on the dynamic coordination of numerous synergist and antagonist muscles for precise control of excessive joint motion while allowing for the generation of necessary torques for desired multi‐joint movement [2].

According to this definition, the lumbopelvic area exemplifies the role of stability. Neurological control of these tissues are required to limit excessive ranges of motions of the spine that may be detrimental depending on the task. As was mentioned, stability requires dynamic coordination of synergists and antagonist muscle groups to create a stable fixed point. This dynamic coordination can be further explained by the Spinal Engine Theory; necessary amounts movements occur in the frontal plane (lumbar spine) and horizontal planes (thoracic spine) during the running gait [3]. These coordinated movements of the spine act as an engine to generate kinetic energy when running. Again, this requires neurological control in order to limit excessive range of motion to the joints of the lumbopelvic area, helping to provide a fixed point as much of the kinetic energy created during running is generated within the abdominal, lumbopelvic and hip regions [4].

The thoracic spine often requires an adequate amount of rotational mobility to allow for the cervical spine and head to remain stable, and for the shoulders to act as a counter de-rotating force to the pelvis [3].

The hips often benefit from being mobile joints [6]. This allows for adequate hip extension as kinetic energy is dispersed peripherally from the fixed stable point. In the running gait cycle, hip extension is a predominate driving force to propelling the individual forward in their stride [4].

The final phase of torque production comes from the toe off phase of the running gait [4]. This is another area that calls for much dynamic stability and neurological control. The arches of the foot (known collectively as the foot tripod), paired with adequate extension of the 1st metatarsal phalangeal joint helps to provide the spring off mechanism when running via the Windlass mechanism [5] . When the foot contacts the ground during foot strike (or foot fall) phase, three main points of contact help to initiate the foot tripod. These points of contact consist of the heads of the 1st and 5th metatarsals and the calcaneus. As the foot loads into the foot tripod and the mass of the individual moves forward, the ankle starts to move into a closed kinetic chain loaded dorsiflexion phase. At this point the Windlass mechanism winds up the plantar fascia and allows the posterior chain muscles of the calf to spring off when in closed toe extension. For these reasons some individuals might find a full contact foot strike (foot fall) to be helpful as the foot tripod and windlass mechanism initiate the loading phase of posterior chain [5].

Stability is dynamic in nature, and its role is to limit excessive forces across joints and tissues, however too much “stiffness” or “stretchiness” is not ideal. Somewhere in the middle is likely optimal [5]. Dr. Beau Beard considers phenotyping runners as “stretchy runners” or “stiff runners”, using the Beighton Scale one can gather an idea of how mobile one’s joints and connective tissues may be [5]. Combining this into an assessment can give a practitioner an idea of if an individual would respond to stability or mobility exercises better. If joints are too “stiff”, those tissues do not have the capacity to build elastic energy, likewise if these tissues are too “stretchy”, then they generally do not have the capacity to recoil and effectively produce and build elastic energy [5].

In addition to phenotyping runners, Dr. Beard also recommends categorizing the symptom driver as being central (i.e IAP, neurological control), or peripheral (i.e. Windlass mechanism, etc.), however both categorizations can exist to some degree [5].

Using these approaches, a flow chart can be adapted from Dr. Beau Beard’s clinical recommendations [5].

If Central (Breathing efficiency, IAP is an issue) – A great starting point can be the Kolar Wall Bug.

If Peripherally – The Joint by Joint Approach by Mike Boyle [6] can be a great reference to understanding more about joints of the periphery. Is the kinetic chain in the periphery optimized for dispersing energy during the running gait cycle?

Some examples of exercises can include Tactical Frog, Single Leg Deadlift and High Kneel Sit.

By hopefully utilizing a few of these clinical recommendations, practitioners and patients can hopefully gain an understanding as to why running-related symptoms may be occurring. Again, these are clinical starting points as there are so many other factors and systems involved, and it’s a bigger discussion than the considerations presented here. We do know though, that the health benefits of consistent light to moderate cardiovascular exercise are well-documented [7], and practitioners are in a great position to help runners maintain a consistent practice

[1] Mike Reinold. “Core Stability from the inside Out.” Mike Reinold, https://mikereinold.com/core-stability-from-the-inside-out/.

[3] “(Pdf) Linking the Spinal Engine with the Legs: A Theory of Human Gait.” ResearchGate, https://www.researchgate.net/publication/246701793_Linking_the_spinal_engine_with_the_legs_a_theory_of_human_gait.

Chris is a Massage Therapist and acupuncture practitioner from Ingersoll, Ontario with a special interest in managing concussion and sports injuries. While not in clinical practice Chris has served as an Instructor in Massage Therapy at the Canadian College of Massage and Hydrotherapy.

With prior education and experience as a Kinesiologist, Chris has a passion for movement and how it translates to improved patient outcomes. Whether it’s managing your symptoms virtually, or assisting students in preparing for an exam, Chris is excited to help you on your journey.